A few farmers’ stands were filled with late summer and fall produce, while meat sellers peddled free-range meats and accepted earlybird orders on Thanksgiving turkeys. Specialty stands sold tamales, brats, kombucha and the like. I claimed two farm-fresh specimens of my favorite fall veggie, acorn squash, and the ladybug I found in my kale.

There has to be some dusty old gunslinging Texas law against making sandwiches this good. Patina Green Home and Market is right across the street from the old courthouse (definitely haunted), after all.

I’m a fan of the hickory smoked ham and cheese with jalapeño peach jelly on gluten free bread. I usually get the veggie sandwiches, like cauliflower, tomatoes and cheddar; or spaghetti squash, kale and goat cheese all melted together on grain bread.

I suggest you get in your car, or on your horse, and drive/ride over here as fast as you can. 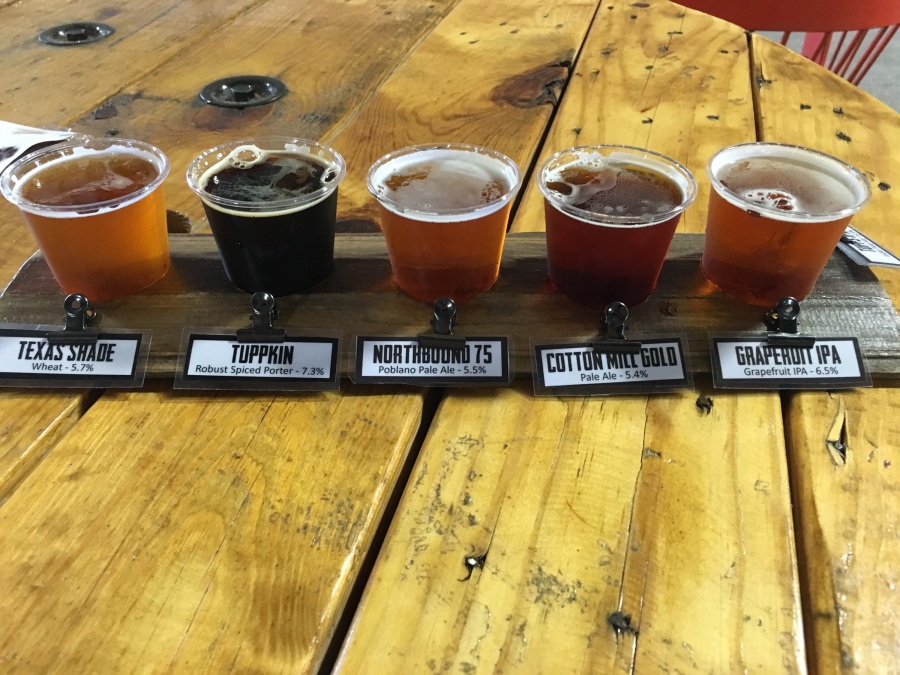 It’s not gluten-free, but I can’t do a write-up on my hometown without mentioning the local brewery located in a historic cotton mill. Don’t worry, they’ve got kombucha. Maybe they’ll even brew a GF beer someday?

You’ll want to take your time at Tupps, as with anything worth doing in Texas. Grab a friend and a metal tractor seat at the bar and strike up a friendly conversation with the head brewer, Chris Lewis. 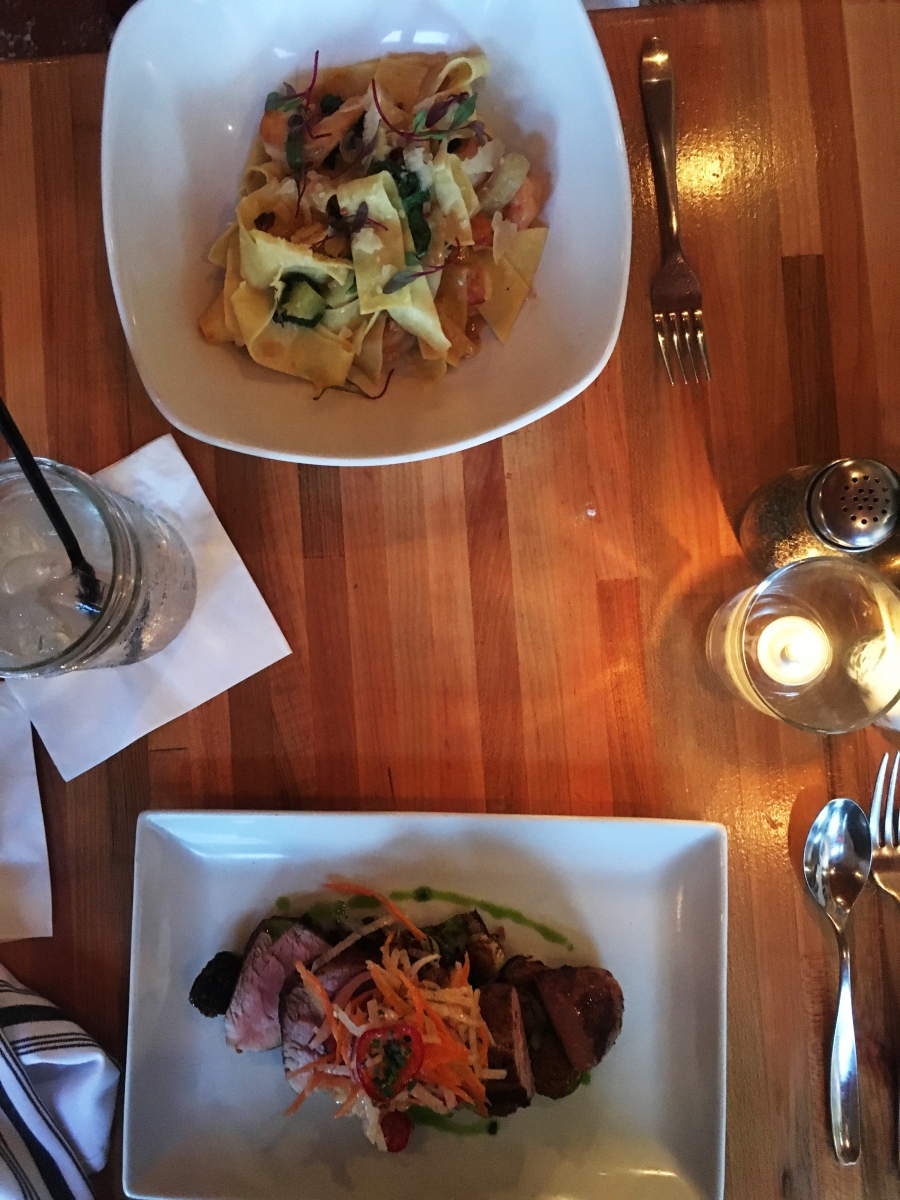 This may be McKinney’s new best-kept secret. Rye serves up rustic Southern-inspired fare with a nod to the history of the town and it’s people. Black and white photos of old McKinney and a chalkboard of daily specials hang on the exposed brick walls .

The chili-rubbed pork tenderloin I ordered was served with a vinaigrette slaw of jicama and red chile, and a Mexican elotes-style street corn pudding. I subbed  a side of soy and garlic-roasted brussels sprouts for the very not dairy-free elotes. The pork was nicely flavored with marinade and charred well, but it was tragically raw on the middle pieces, although mostly medium-rare. The jicama slaw, served directly on top of the meat, was spicy and the a nice light complement to the rubbed pork.

But honestly, Rye has always had trouble accommodating me, to the point that I feel like I’m not welcome there anymore. Requests for sauces to be left off are ignored; once I waited an hour for a salad I ordered without croutons, and the waitress had replied that she’d gotten so confused she forgot to place the order. And literally every dish on the menu includes cheese, and I’ve never not had to send something back for that reason. Great food; irritating execution for anyone with an intolerance.